7 Nights 8 Days Taj Mahal tour with Udaipur offers flight to Udaipur from Delhi and city tour of Udaipur, Chittaurgarh, Jaipur, Fatehpur Sikri and Agra. Udaipur is one of the most beautiful cities of Rajasthan in the Aravallis and known for its Lakes and gardens. Udaipur is also a hot favorite vanue for celebraty weddings in grand heriatge hotels now a days. Lake Pichola, Fateh Sagar and Swaroop Sagar are the popular lakes of city that offers splendid view of Heriatge Forts and Palaces while cruising. The grand and splendid City Palace with Hathi Pol, the beautiful gardens of Sahelion - Ki - Bari, Jagdish Temple and Bharatiya Lok Kala Mandal museum are some of the highlights of the city. Evening enjoy boat cruise on lake Pichola.

Another prime attraction near Udaipur is Chittaurgarh Fort built in 7th century. The fort of Chittor is known for three cases of 'Jauhar' (a Hindu custom where royal ladies commit self - immolation to save their honor from enemy) that occurred here. A legendary example of architecture and medieval chivalry of Rajputs, this fort is pride of Chittorgarh. After sightseeing of Chittaurgarh. 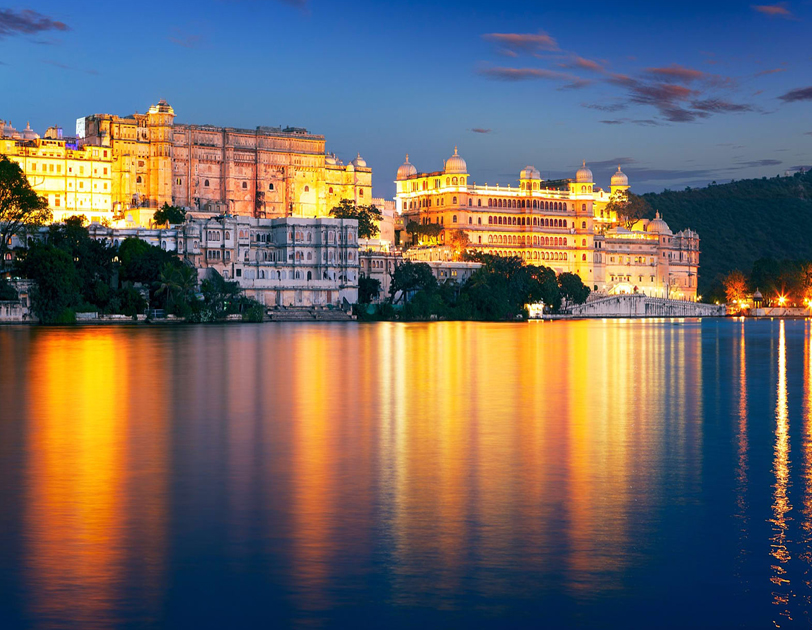