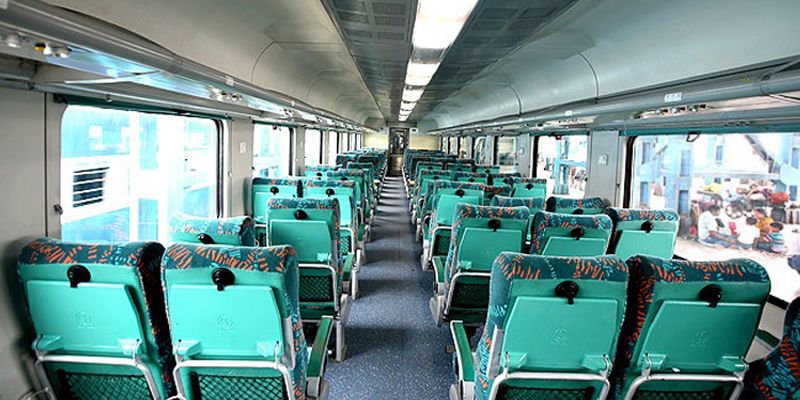 • Same Day Agra by Gatimaan Express Train is an amazing day trip to the city of Taj Mahal.

• Same day trip is best way to enjoy the visits of UNESCO world heritage sites in Agra such as Taj Mahal, Agra Fort and Fatehpur Sikri.

• The Breakfast is served in the trains while evening snacks will also be served on board on way back to Delhi from Agra.

• We do not organize Taj Mahal tour by train on Friday as Taj Mahal is closed on Friday.

• Air-condition vehicle will be provided for pick up, drop off and sightseeing tour of Agra.

• Car/Coach will be at disposal for whole day in Agra until train departs.

• During the day, buffet lunch will be offered at five star hotel in Agra.

• Government approved guide is provided for the city tour.

• Guides for other languages like French, Spanish, Italian etc are also available.

Please go through the especially prepared itinerary for Day trip to Agra by train along with the cost.

If you wish to include Fatehpur Sikri in a day trip to Agra,than click here on Same Day Agra Tour by Road

PLEASE NOTE, TRAVELERS WHO ARE INTERESTED IN SAME DAY AGRA TOUR BY SHATABDI TRAIN, PLEASE DO LET US KNOW, WE CAN ALSO CUSTOMISE IT FOR YOU. PLEASE FIND BELOW THE TRAIN TIMINGS FOR SHATABDI: