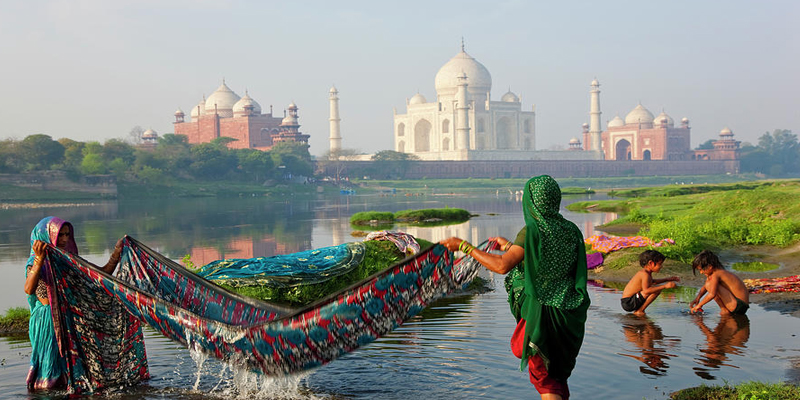 Taj Mahal with Kachhpura Village walk tour is an extension trip to same day Agra tour. After getting off the Agra railway station, you are picked and proceed to city tour of Agra including the visits of Taj Mahal, Agra Fort and later guided Kachhpura village heritage walk tour. You can also visit Mehtab bagh garden to have glimpse of Taj Mahal from the back side across the river Yamuna. The Garden was built before the Taj Mahal. Post Taj Mahal you will be going to have lunch at five star hotel and later go for heritage walk through Kachhpura village along with tour guide.

Taj Mahal draws an attention of millions of travelers worldwide due to its intricate carving on marble stone and unique Mughal architectural style. Therefore it is worth spending some time at the monument itself. Besides, there are many other significant monuments in Agra such as Agra Fort and Sikandara.

Taj Mahal is closed on Friday. Same Day Agra tour from Delhi by Gatiman train departs at 08:10 from Hazrat Nizamuddin railway station and arrives Agra cantt. railway station at 09:50 hrs. While returning from Agra, train leaves at 17:50 hrs from Agra reaches back in two hours.

If you wish to include Fatehpur Sikri in a day trip to Agra,than click here on Same Day Agra Tour by Road