The itinerary includes India's most religious and historical cities like Varanasi, Delhi, Jaipur and Agra. It also offers Indias most frequented attractions such as the Ganges, temples, Ghats, Red Fort, Akshardham Temple, Qutab Tower, Amber Fort and foremost the Taj Mahal. We have prepared a 10 days Taj Mahal tour with visit to the Ghats & holy Ganges in Varanasi. Tour starts from Delhi visiting historically significant cities like Agra & Jaipur and then enters to the holiest and the oldest cities in the world popularly known as Kashi or Varanasi in India.

Varanasi is Indias most religious and the oldest city. It is located on the banks of river Ganges in the state of Uttar Pradesh. The lives of the people of Varanasi revolve around the holy river Ganges. It is formerly known as Banaras or Kashi, where Hindus come in large number to participate in various rituals and to bath in sacred waters of holy Ganges. Varanasi said to have been created by Lord Shiva himself. Kashi Viswanath Temples, Kal Bhairav and Hanuman temples are prominent temples of the town. Boat ride on Ganges offer an opportunity to see various contrast Hindu rituals by the pilgrims on the Ghats of Ganges such as bathing, laundry, thread ceremony, head shaving food to the departed souls and live cremations of dead people. Varanasi is also about fascinating narrow twisting lanes, temples and Ashrams.

An excursion to Sarnath from Varanasi is worth a visit. It is a famous Buddhist site located on the outskirts of Varanasi. Lord Buddha said to have preached his first sermon here. Emperor Ashoka declared Sarnath a centre of Buddhist worship in 3rd century BC. Sarnath is also featuring Dear Park, Museum, Main Shrine, Ashokas Pillar, Archaeological Museum and other Buddhist artifacts. Participation in the evening prayer at the main Buddhist temple is a unique ingredient of the tour 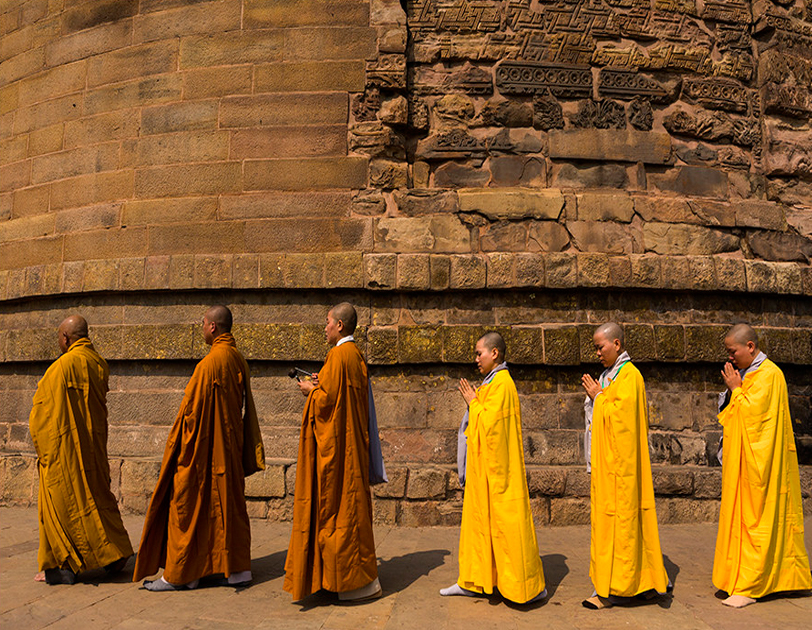