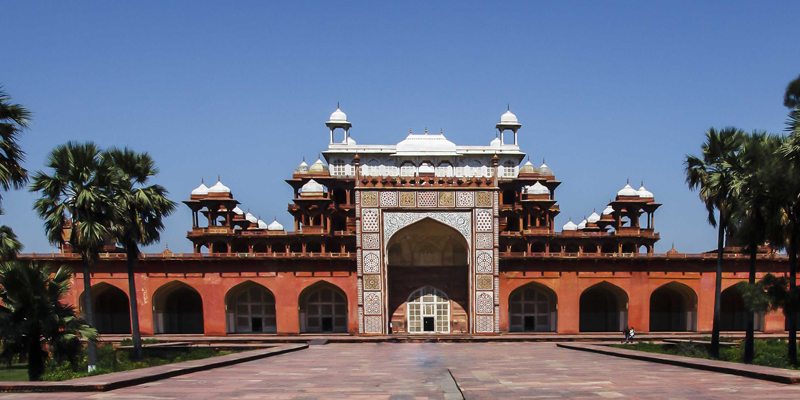 Sikandara Tomb Agra
The Mughal emperor, Akbar is buried in this small village on the outskirts of Agra.Named after Sikander Lodi.One of the last of the Delhi sultans. This was a pleasant garden suburb during Agra’s golden age. It is widely believed that Akbar designed and started the construction of his own mausoleum which after his death was modified and completed by his son and successor, Jahangir. The result is this impressive, perfectly symmetrical complex with the Sikandara Tomb located in the center of vast walled garden.

The main gateway to the south is a magnificent red sandstone structure with a colossal central arch, finished with an exuberant polychrome mosaic of inlaid white marble, black slate and coloured stone. On each corner of the gateway are four graceful marble minarets considered to be forerunners of thoses found later on the Taj Mahal.
For Enquiry
Our Trip Advisor will get back to you with package details and special offers !!